This research report comes in the wake of the Piper Fund’s April 2015 Grants Committee Meeting and Funder Briefings held April 29-30, 2015, at the Brennan Center for Justice in New York City. The meeting was intended to serve as a retrospective of accomplishments and lessons learned over the last five years, as well as an opportunity for participants to think together about what lies ahead for money in politics and fair courts reforms. The dialogue’s overarching theme was how to broaden the movement to win. Specifically, participants were challenged to think about how to engage communities of color and build power in underrepresented communities. 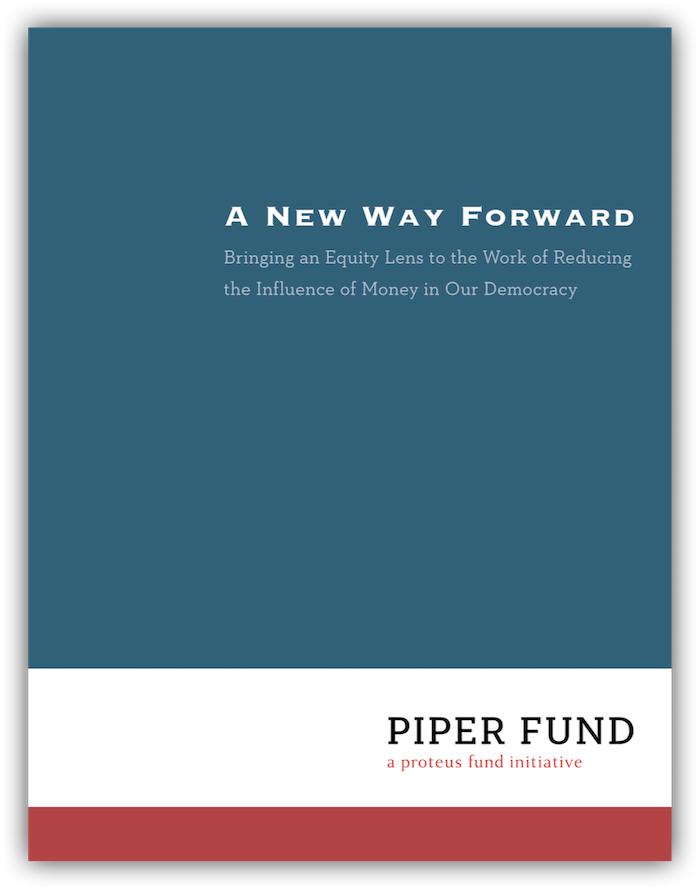 At the Crossroads: Reinventing Your Foundation for Greater Impact
Published by Philanthropy Network Greater Philadelphia